He fell.
Only one precise shot.
Aim had been taken.
The wife had asked for goose. 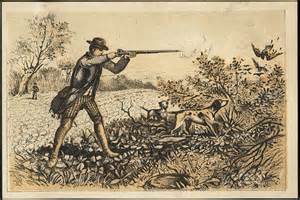 Our Mother Nature (A poem of Haiku lines) 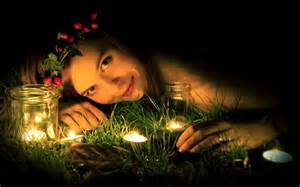 Winsome as the night, crawling through my berry patch tasting deepest black.
Lithe as water falls pouring over smooth-worn rocks, caressing my face.
Impeccable as pebbles rolling on the beach. chattering softly.
Subtle with power, Mother Nature offers me a feast of senses.

Just a Nod (A call and response poem)

What Light! (begun with a stolen line)

What light through yonder window breaks?
This window now lies broken!
I do not know which road to take
Now that my window’s open.

I’m free to flee, explore the world,
This jail no longer holds me.
A million thoughts now dance and swirl;
No jailer can control me!

I could go left; I could go right;
I could fly up or down,
Or maybe I should just sit tight…
My visage holds a frown.

I’ve never had to face a choice
So open or so varied.
The world has never heard my voice;
I’ve been so safely married.

Perhaps this all is just too much;
I shall not take the chance.
I think I’ll nail the window shut;
I will not choose to dance.

The Universe is far too vast;
I fear to be adrift.
I’ll crawl back to my comfy past,
Recline my chair and sit.

I beg you not to chastise me
Or judge my choice unkindly.
Forgive a coward’s fear to flee,
I have not chosen blindly.

Domestic Stewardship (A poetic union of the sublime and the mundane) 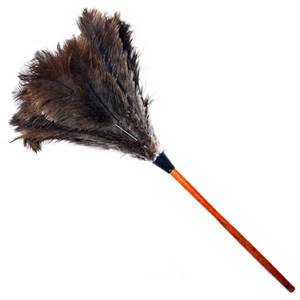 A sonnet? Do I have the wit to write
A poem with its rhythm and its rhyme
So ironclad that some may think it trite,
Or think it only for another time?

Tho’ Will, the bard, was fluent in this verse,
With honeyed speech and velvet-coated words,
I fear that what I write is surely worse
And will not flow nor strike melodious chords.

The glove has slapped; the challenge has been made.
I dare not trace a coward’s path away.
I will not let my reputation fade;
Retreat is not an option for this day.

So now, with bated breath I lift my pen,
And pray, dear muse, return to me again!

Mama (A poem for Earth Day) 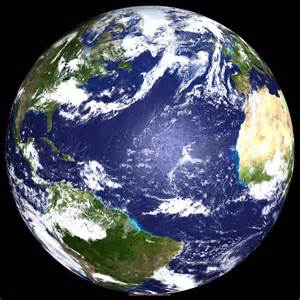 Hot as the sun’s surface
My core burns.
I gave you my
Beautiful face.

I offered you
Everything
You could need.
F0r a hundred thousand years
You loved me
You thanked me
You knew you were a part of me.
…
What happened?

In Hansel and Gretel
The gingerbread house
Would have a big problem if
One day a mouse
Made a nest ‘neath
The window or
Under the door or
Up in the attic or
Down by the floor.
It never would matter,
The spot that he chose,
Since whenever he wanted
He’d follow his nose
To the left
Or the right,
Going up or straight down,
The mouse would be smiling and
Never a frown would
Change his small face from
A vision of joy
Whether she was a girl or if
He were a boy.
Either way they’d be happy
With food everywhere,
They’d live there forever
With never a care!
A gumdrop for lunch or
A frosting-filled snack,
To keep a fat tummy
They’d not need a knack for
Tracing down nibbles or
Finding a meal, in a
Gingerbread house they’d need
Only to steal
A bite of a roof beam or
Nip of the floor, but
Caution is needed
‘cause if they ate more
Than a careful allotment
The danger might be
Being smothered in crumbs
As their sad destiny! 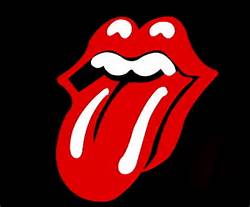 How to Greet a Rhesus Monkey (a didactic poem)

When you meet a monkey you
Don’t wish either to scare her or
To let her intimidate you.
If you face a rhesus monkey
straight on,
With stiff arms and legs,
And look it in the eyes,
You will threaten her,
And she may threaten back or
Attack you.
If you smile and curve your body
Sideways to her,
She will see you as a coward,
And may slap or nip you to
Show off.
So,
Approach slowly,
Facing the same direction as
The monkey.
Gaze toward him or her, then
Quickly arch your gaze away.
While doing this,
Smack your lips in a
Kissing gesture as you
Turn your head away.
Repeat,
Sidling one step closer.
Repeat.
If she lip-smacks
Back to you,
She may likewise sidle toward you.
After you’re side-by-side,
You may groom her,
But be sure to use
The three correct gestures,
Pick, slide, scrape.
(Detailed instructions for
correct grooming techniques will
Follow tomorrow.) 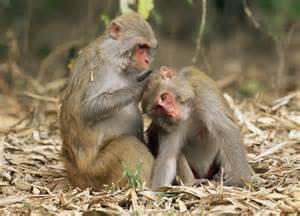 “Goody, goody gout, your shirt tail’s out!”
Grandma reached one finger in to tickle my side
as I skipped past her sewing machine.
I squealed and twirled and
tried to wriggle her hand away.
“Land o’ Goshen! What did you spill down your front?
C’mon, we’ll get that changed before supper.”
With her soft, bony hand on my shoulder,
she led me down the hall.
“Skin the cat!”
I raised up my hands and she
slid my little white undershirt
with the pink bow
right over my head.
She turned away to
rummage through
my bureau drawer,
the shiny white one with the
bunny decal on the side,
“This one will do you.”
Grandma pulled the sunshiny smell of
blue and white stripes down
over my head.
“Now help your sister set the table and
don’t forget to put out a gaboon.”
Jean and I would be full-grown adults
before we learned that other folks
have no word for an empty bowl
you set out to hold
chicken bones, corn cobs, and such.

After dinner, when I asked to be excused
from the table she said quietly,
“You don’t eat enough to keep a bird alive.”
But when she went back to
her sewing,
she let me ride on her knee as she
pumped the treadle.
“Singin’ my little sewing song;
Singin’ my little sewing song,”
I whispered my tune in time
with her knee’s rocking.
Grandma smiled.
She liked it when I sang to her. 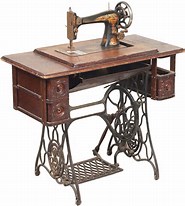 Murder in the Kiva (A poem of S.W. archeological excavation)

There was murder in the kiva
They’d been diggin’ for five days;
The sherds were non-existent,
But the crew was drawin’ pay,
Till the boss came back from Boulder
Where he’d been a day or two;
He looked into his favorite trench –
And there he found Magoo*.

The boss looked down in anger,
He said it wouldn’t do,
“You’ll never get anywhere
Diggin’ with this here Magoo!”

Then right before his eyes
A shovel-full sailed through the air
And landed on the back-dirt pile
That was a-settin’ there.
Magoo himself had just revealed
Before the angry man,
One hundred-sixty inches down,
A rusty old tin can!

A silence fell upon the crew,
They looked up at their boss,
But he wasn’t sayin’ anything,
His eyes took on a gloss.
There was murder in the kiva,
But no one ever knew;
The boss himself, quite silently,
Just buried old Magoo. 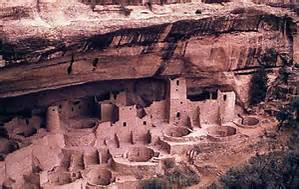 Massage (A true poem about twos)

Two hands massaged me.
I’ve been left as a puddle
Of sheer contentment.

Silence at dawn.
A dove coos on her branch.
Gently she will awaken.

At sunrise a mother wakes her fawn;
Dove and deer, each gently takes the chance
To lift her voice or nudge with love,

To leave the dreams they have forsaken,
A gentle doe and cooing dove. 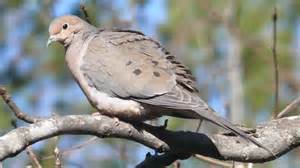 The Universe will
Give you exactly what you
Need. Pay attention! 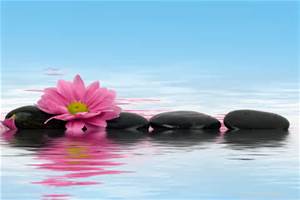 In Index of Ghosts (An index as a poem, imaginary)

Barely cooled by
Tropical waters,
The sun crisps my back.
Below me a
Vibrant turquoise parrot fish
Loudly
Crunches coral.

A cleaner wrasse
Waits for business at
His pink coral station while
An army of sergeant-majors,
Proud of their black stripes,
Troop past.

From beneath
Brain-shaped outcroppings,
A polka-dotted
Box fish
Emerges from her coral cave, while,
From his larger rocky hole, a
Moray eel
Gapes razor teeth,
Spying at me with one
Beady eye

Is there a somewhere in which
Einstein still
Contemplates the Universe?

The Road (A “Book-spine Poem” of titles)

Tired of being
The Keepers of the House, tired of
Housekeeping,
Alice Adams and Olive Kitteridge asked
The God of Small Things for
A Little Life. They told the god,
“We Are All Completely Beside Ourselves!”
They were seeking
The Comfort of Others and just a bit of
Ordinary Grace.
Without Waiting for Sunrise they began their
Journey in the Dark.
According to
The Moor’s Account, they felt
Euphoria at their
Escape!
Without a single
Possession but with a
Curious Mind,
In a Free State they sought to satisfy
A Sacred Hunger. They were setting out on
The Narrow Road to the Deep North,
Passing through
A Thousand Acres into
The Garden of the Evening Mists.
But little did they know it was
A Famished Road
Where their Troubles began!
With no Luminaries to guide them
They met only
Tinkers and The Fisherman.
In the Remains of the Day
They had The Sense of an Ending.
Oh, Pioneers!
There were following The Ghost Road with
The Bone People!
The Orphan Master’s Son and
His Family gave them only
Death with Interruptions and a
Return of the Bones.

Alas, Now in November,
The Snow Child at Wolf Hall
Sees nothing of them, hearing only the
Small, sweet song of
The Goldfinch.

Best Friends (Including a line I’m afraid to write). 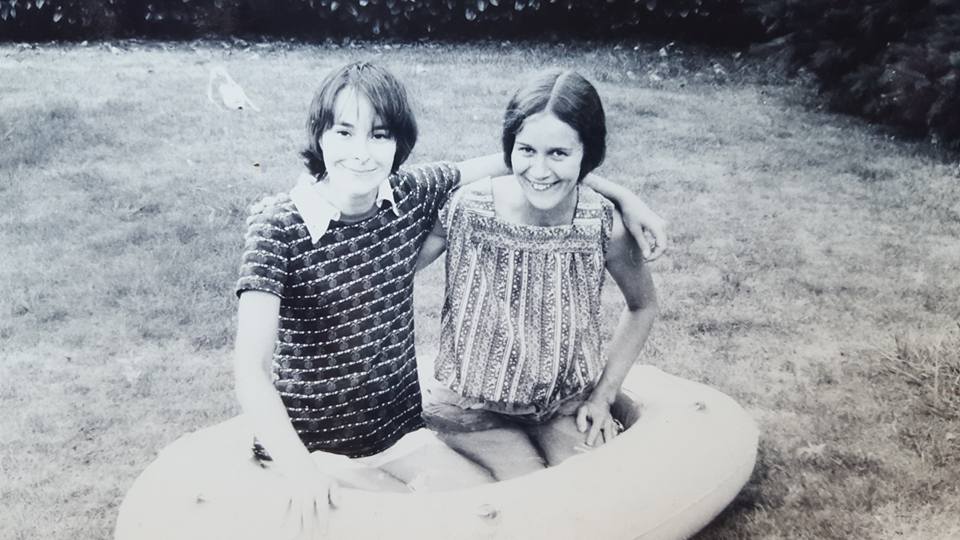 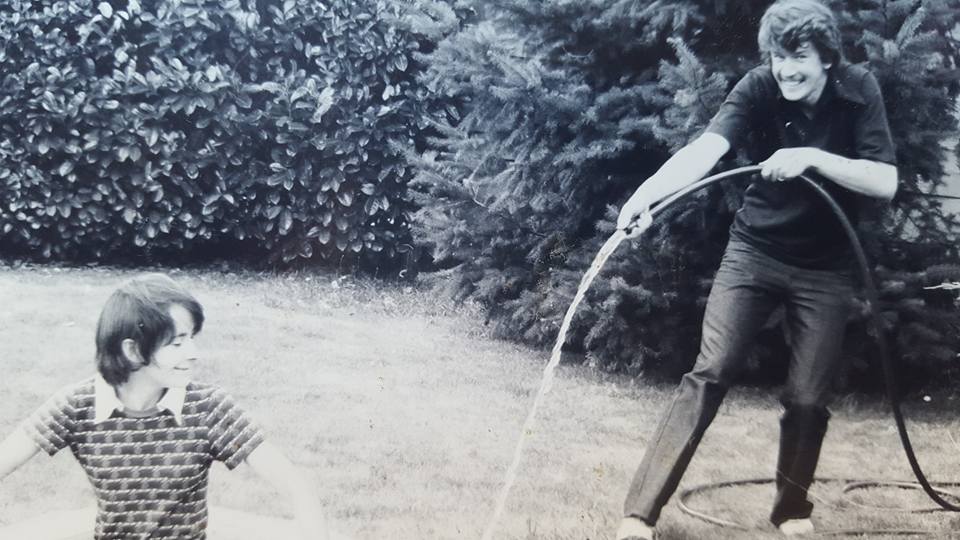 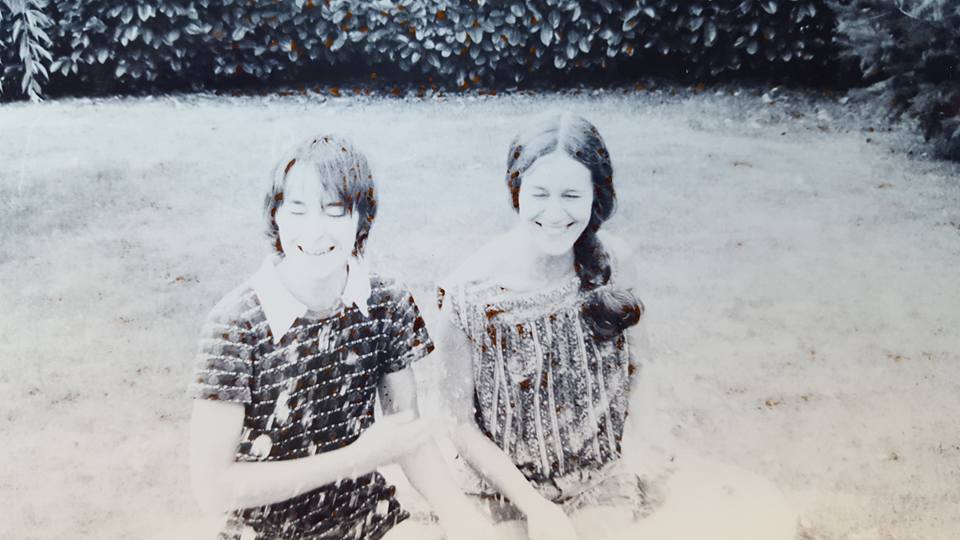 At separate times,
Over the course of two decades,
Much too young,
Three of my very best friends
Died.
They were the ones who “got” me,
Who I’d crack-up with laughing
until we couldn’t get any breath.

Now I don’t share the small details of
Daily life
With any living soul
Except my cat.
I’ve tried marriage twice but
In our patriarchic society
The price has been much too high
For me to try again.

I have no one now to go with
To run a silly errand,
Or to tell that I
Just cut my finger
Slicing a tomato.

I’m OK with this.
I love solitude.
I love feeling the
Connections with trees.
I love doing
Anything I want
Anytime I want.
I love coming home to
My cat.

But,
Someday,
It would feel
Really good to have
Another
Best friend.